HONOLULU, Nov. 16, 2017 /PRNewswire/ -- Alexander & Baldwin, Inc. (NYSE: ALEX) ("A&B" or "Company") today announced that its Board of Directors has declared a special distribution on its shares of common stock in an aggregate amount of $783 million, or approximately $15.92 per share (the "Special Distribution"), payable in cash and shares of the Company's stock. The Special Distribution represents the Company's accumulated earnings and profits ("E&P") attributable to non-REIT years, which are required to be distributed in connection with the Company's conversion to a REIT for the 2017 taxable year, and a substantial portion of the Company's estimated REIT taxable income for the 2017 and 2018 taxable years. The Company expects that the Special Distribution will be payable on January 23, 2018 ("Distribution Date") to shareholders of record as of the close of business on November 29, 2017 (the "Record Date"). 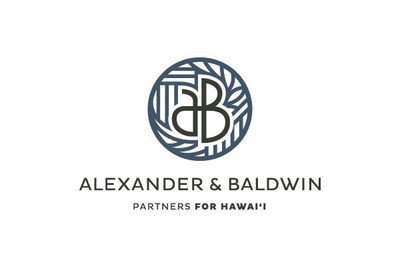 Generally, A&B expects that the entire Special Distribution will be taxable as dividends to its shareholders, whether paid in common stock, cash or a combination of cash and common stock. Additional information about the Special Distribution, including material U.S. federal tax consequences, will be provided in the accompanying materials that will be mailed to shareholders promptly after the Record Date.

ABOUT ALEXANDER & BALDWIN
Alexander & Baldwin is Hawaii's premier commercial real estate company and the state's largest owner of grocery/drug-anchored retail centers. With a portfolio of approximately 87,000 acres in Hawaii, A&B is the state's fourth largest private landowner. A&B is a fully integrated real estate investment trust and owns, operates and manages 4.8 million square feet of retail, industrial and office space primarily in Hawaii and on the U.S. Mainland. A&B's interests extend beyond commercial real estate into diversified agriculture, renewable energy, and land stewardship. A&B also is Hawaii's largest construction materials company and paving contractor. Over its nearly 150-year history, A&B has evolved with the state's economy and played a lead role in the development of the agricultural, transportation, tourism, construction and real estate industries. Learn more about A&B at www.alexanderbaldwin.com.