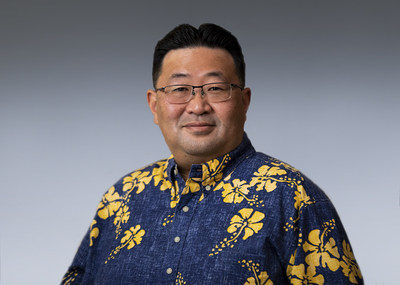 Mizokami joins Grace Pacific from Nan Inc., where he served as director, Civil Operations for more than ten years. Prior to this position, he worked in project management and field leadership at several other leading Hawaii contractors, primarily focusing on civil infrastructure projects, including roadway and utility improvements.

"I am pleased to welcome Myles to the Grace Pacific 'ohana and am confident he will further strengthen our growing operational and financial momentum," said Jerrod Schreck, president of Grace Pacific. "He joins us at an exciting time in the Company's history, and his proven skills complement our already-exceptional team."

Mizokami added, "Grace Pacific has a well-earned reputation for excellence and a long track record of serving Hawaii's communities. I am proud to join the Grace team and look forward to helping build upon that legacy."

Myles Mizokami has served in various capacities on construction industry association and other advisory boards throughout his career. He earned a Bachelor of Science, electrical engineering degree from the University of Southern California (USC).

ABOUT ALEXANDER & BALDWIN
Alexander & Baldwin, Inc. (NYSE: ALEX) (A&B) is the only publicly traded real estate investment trust to focus exclusively on Hawaii commercial real estate and the state's largest owner of grocery-anchored retail shopping centers. A&B owns, operates and manages approximately 3.9 million square feet of commercial space in Hawai`i, including 22 retail centers, ten industrial assets and four office properties, as well as 154 acres of ground leases. A&B is expanding and strengthening its Hawai'i CRE portfolio and achieving its strategic focus on commercial real estate company by monetizing its remaining non-core assets. Over its 150-year history, A&B has evolved with the state's economy and played a leadership role in the development of the agricultural, transportation, tourism, construction, residential and commercial real estate industries. Learn more about A&B at www.alexanderbaldwin.com.