HONOLULU, Nov. 1, 2021 /PRNewswire/ -- Alexander & Baldwin, Inc. (NYSE: ALEX) ("A&B" or "Company") today announced two executive promotions consistent with its focus on Hawai'i commercial real estate. Lance K. Parker, executive vice president, has additionally been named chief operating officer of the Company.  Scott G. Morita has been named vice president and corporate counsel of the Company and will assume many of the duties of Nelson Chun, who will retire as chief legal officer of A&B in early 2022, as previously announced.  Both promotions are effective today. 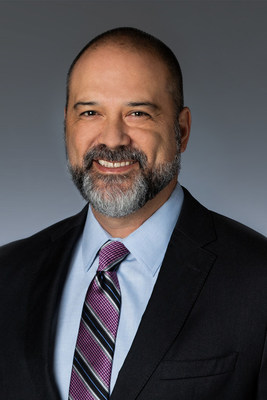 A&B CEO Chris Benjamin commented on Mr. Parker's promotion: "Lance has played a huge role in transforming A&B into a focused, Hawai'i CRE company, including the masterful migration of our once-disparate mainland portfolio back to Hawai'i and the development of a fully-integrated, in-house property management and leasing capability. Under his leadership, A&B's CRE portfolio has expanded and thrived, and is now our core business. Lance's promotion is a recognition of both his contributions as a real estate leader and his commitment to A&B's mission as Partners for Hawai'i."  Mr. Parker previously served as chief real estate officer. He will continue to have responsibility for managing A&B's vast Hawai'i portfolio of commercial real estate ("CRE") assets and steering the Company's CRE growth efforts, which include management, leasing, development and acquisition of properties. Mr. Parker first joined A&B in 2004 in its acquisitions group and has held positions of increasing responsibility since then, taking over leadership of the real estate operations in 2015.

Mr. Benjamin commented on Mr. Morita's promotion: "Scott and the rest of our legal team have transformed how we manage the lease-contracting process and have enabled us to sign record numbers of new leases in recent quarters. With Scott's promotion, we keep this effective team in place and preserve the tremendous collaboration between our legal and CRE teams." Mr. Morita, who has served as associate general counsel since joining A&B in 2018, will continue to support A&B's active CRE leasing efforts and will expand his duties to include corporate and securities law, among other legal functions. Prior to joining A&B, Mr. Morita was a partner with the Honolulu law firm Schlack Ito.

Mr. Benjamin continued, "As A&B completes its long transformation from a diversified company with roots in Hawai'i's sugar industry to a focused CRE company that is committed to making Hawai'i's communities better, these promotions are representative of that shift in focus. I am excited about the work that Lance and Scott are doing and look forward to working with them and the rest of our team to expand our CRE portfolio."

About Alexander & Baldwin, Inc.
Alexander & Baldwin, Inc. (NYSE: ALEX) (A&B) is the only publicly-traded real estate investment trust to focus exclusively on Hawai'i commercial real estate and is the state's largest owner of grocery-anchored, neighborhood shopping centers. A&B owns, operates and manages approximately 3.9 million square feet of commercial space in Hawai'i, including 22 retail centers, 10 industrial assets and 4 office properties, as well as 146 acres of ground leases. A&B is expanding and strengthening its Hawai'i CRE portfolio and achieving its strategic focus on commercial real estate by monetizing its remaining non-core assets. Over its 150-year history, A&B has evolved with the state's economy and played a leadership role in the development of the agricultural, transportation, tourism, construction, residential and commercial real estate industries. Learn more about A&B at www.alexanderbaldwin.com.